There has been a lot of talk about the end of Warhammer Fantasy Battles and many people are already searching for something else to play. With the game now being replaced by the Age of Sigmar on Games Workshop website, we probably can't count on their support anymore (I am not going into any theories on what they are doing or what are their plans for the future), but I strongly believe that doesn't stop us, the community, from still enjoying the game. Many of us have put so much money, time and dedication into it and I just don't want to see it all thrown away, just because one company has decided something.

From what I have understood, the issue is more complex than just "We own the models and books and they can't take them away from us." To keep an unsupported game afloat, we would need models (if only to make it possible for new people to start playing) and some way for it to evolve. I know it would not be a trivial task. But while I can't help with the rules, I know for certain that the models are not such a problem as some people believe.
Games Workshop is not the only company that makes models, definitely not the only one that makes awesome models and not even the only one with whole ranges suited for making armies. If we decide to look around, we are not dependent on them, even not taking into consideration the fact that if we show enough interest, the models will appear to meet the demand. Basically, the choice is ours.

Now, I know my lists are not perfect. Many of the models are not the same quality as the original ones (On the other hand I believe those are usually way older than the current GW models, while the more recent ones are often truly stunning) Some will have to be converted. But haven't we always done that? Many of the models in our armybooks have not been in GW stores for a long time, even not considering all the conversions for the reasons of price, personal taste or theme.
I am not saying losing GW models won't be a pity, if anything this work is making me appreciate them even more. I am just saying that a solution exists. The important part is, the models are out there. We just have to look and decide. 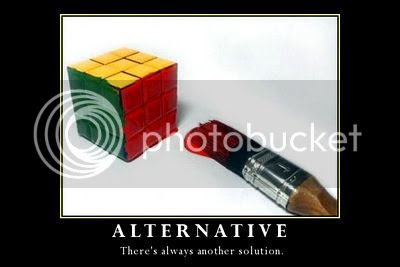